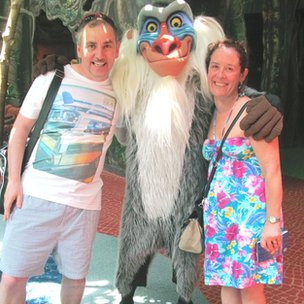 If you were to a win a lottery jackpot of £1 million, would you still have any left a year later, or would you have gone on a major spending spree? Would you just give up your job or carry on working?

It is hard to imagine just how you would react to the news that you have just won 1 million Pounds in a lottery. The adrenaline would be pumping, a million thoughts would be going through your head about paying off the debts, buying a car or a brand new house. Or helping family members out of a tough time, paying up the children’s schooling or putting money away for university.

How quickly could you spend that million? The numbers add up so quickly and being disciplined is so hard, even with counselling. Would you and your partner fight over how to spend the money? A top of the range sports car for him, huge big diamonds for you? Where would you find the middle ground?

Last of all is the moment when you come down to reality and the situation stares you in the face: have you been foolish or have you been wise?

Having said all of this it is then quite amazing to find a couple that won a million Pounds last year and now, a year later, still have £750,000 left. That takes some serious discipline and a strong relationship to achieve.

The amazing couple from Washington, USA, are Ian McCarthy, 49, and his wife Kim, 51. Ian rushed to his wife’s work, where she was employed as a bingo hall supervisor, to share the spectacular news of their big lottery win. He had only checked the ticket 10 days after the draw. Kim still carried on working and even finished her shift! She was very emotional and kept bursting into tears when she thought about the news.

Ian is still employed and working as a car plant worker. Unsurprisingly, Kim gave up her job in September as the interest they are earning on the winnings is as much as what she had earned at the bingo hall every month.

The McCarthy couple immediately withdrew £100,000, which they gifted to 30 of their family and friends in cash. They then spent a further 20,000 Pounds taking their sons on an all expenses paid trip to Florida.

Kim McCarthy stated that they were not an extravagant couple, and they were planning to spend Christmas the same way as all previous years: with their family. A new home was on the cards with their present home going to their son Anthony, who will be getting married soon. Apart from this, the lucky couple have two more very special occasions on the cards this year: their 22nd wedding anniversary and Ian’s 50th birthday.

One can only with this couple all of the best for the future and admire their good sense and discipline.

What do you think you would have done with a humungous lottery win of over £1 million?